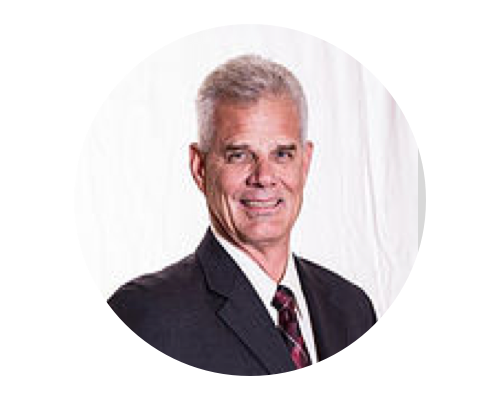 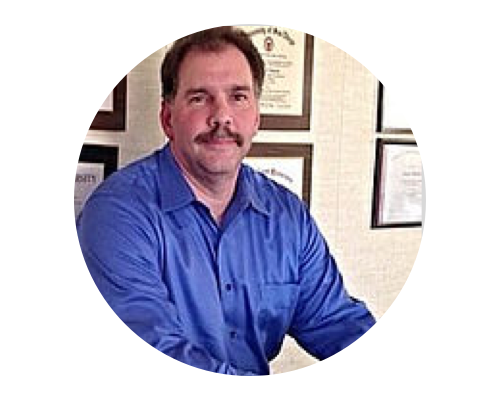 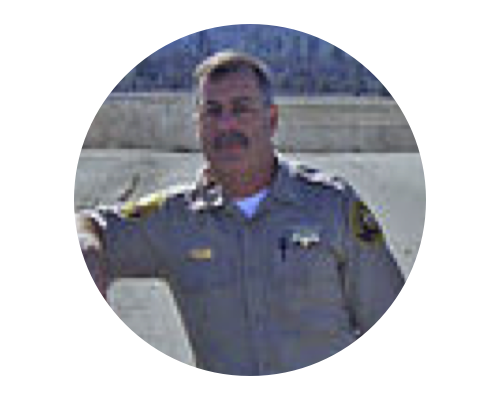 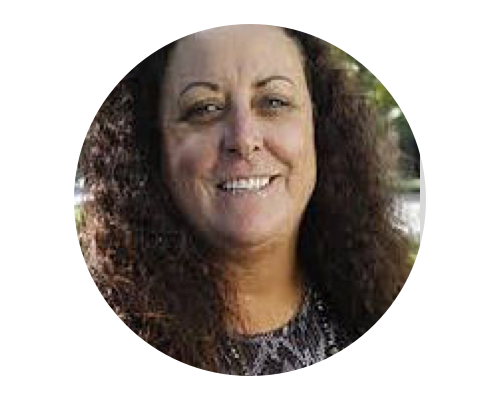 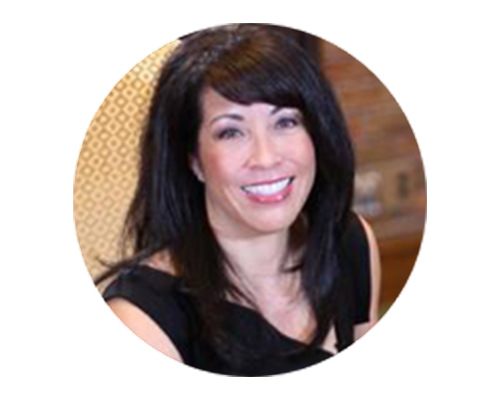 Bob’s main career focus has been in the public sector. Prior to joining the California JPIA in 2007, he worked for over thirty years in the California fire service. He has a broad depth of municipal and special district experience. Bob has conducted training in the areas of organizational behavior, labor relations, strategic planning, and career development. Bob has conducted leadership training for city councils and special district boards to help in the understanding of council/manager form of governance.

Bob holds a B.S. degree in law, a J.D. degree and two California teaching credentials. He also is a Level 1 and 2 instructor of the California State Fire Training System. Bob has received certification in Workers Compensation Claims Administration from the Insurance Institute. Bob is also a certified Emergency Medical Technician. Bob was part of a Bickmore team that conducted a threat and vulnerability assessment for Kamehameha Schools in Hawaii.

In 1994, Dr. Albrecht co-wrote Ticking Bombs: Defusing Violence in the Workplace, one of the first business books on workplace violence.  Besides his work as a conference presenter and keynote speaker, he appears in the media and on the Internet, as a source on workplace violence, security, crime, and terrorism.  He was featured in the 2009 BBC documentary “Going Postal.”

Dr. Albrecht holds a doctoral degree in Business Administration (D.B.A.), an M.A. in Security Management, a B.A. in English, and a B.S. in Psychology.  He has been a trainer for 28 years and is certified as a SHRM-CP and a Professional in Human Resources (PHR) by the Society for Human Resource Management (SHRM); a Certified Protection Professional (CPP) by the American Society for Industrial Security (ASIS); and a Board Certified Coach (BCC).

In 1999, Steve retired from the San Diego Police Department, where he had worked since 1984, both as a full-time officer and later as a reserve sergeant. He spent six years in the Domestic Violence Unit, where he handled over 1,500 cases.

He is the past San Diego Chapter President for the Association of Threat Assessment Professionals (ATAP).  He holds the ATAP designation, “Certified Threat Manager.”

Greg Wrigley has over 31 years of law enforcement experience, having retired in 2011 as Undersheriff of the Shasta County Sheriff’s Office in Redding, CA. Greg started his law enforcement career as a Law Enforcement Ranger with the Whiskeytown Unit of the National Parks Service. He started his career with the Sheriff’s Office in the main jail where he served on the transition team for the new jail, developing policies and procedures that are in place to this date.

Greg served in the various patrol stations throughout the Redding area. He has served as a firearms instructor, baton instructor, self-defense instructor, dive team member, and K-9 handler. As sergeant, Greg was a patrol supervisor for the Burney Station. His ethical leadership, team building philosophies, and community orientation helped make the Burney Station the excellent station it is today. Greg was one of the original SWAT team members and served on the team for 23 years. He served as the SWAT commander for 5 1/2 years and was considered one of the finest tacticians in the Sheriff’s Office.

After retirement from the Sheriff’s Office, Greg went on to become the Chief Operations Office of an international K9 company (VCSI). The company was responsible for supplying trained K9 teams to various NATO locations throughout Afghanistan and other locations around the globe. Additionally, he helped the company launch a domestic law enforcement branch, which supplied canines and training to law enforcement agencies around the United States.

Greg received an Associate of Arts Degree in Fire Science from the Los Angeles College in 1978. He graduated from the National Park Service Academy in 1979 and the POST Basic Academy in 1980. He graduated from the FBI National Academy in 2003. His academic emphasis at the academy was on community policing and problem solving. Greg holds a basic, intermediate, advanced, supervisory, and management certificate from POST and has had well over 3,100 hours of training.

He has contributed his expertise in policies and procedures by authoring numerous projects. Some of his accomplishments were; designing and implementing the Citizens Patrol and Citizens Patrol Academy, member of the Strategic Planning Committee, chairman of the Sheriff’s Office Community Oriented Policing and Problem Solving Committee, project director and author of the Community Safety Plan, and author of the Patrol Standards.

Detective Leslie Albrecht (Ret.) worked for the San Diego Police Department for 25 years. She spent her last 15 years as a detective in the Elder Abuse Unit and the Sex Crimes Unit. In 2000, Detective Albrecht was selected as one of six detectives to start the department’s new Elder Abuse Unit.  This unit investigates both financial and physical abuse of elderly and dependant adults. Detective Albrecht has investigated over 400 Elder/Dependent Adult Abuse cases.

Detective Albrecht founded the San Diego Elder Abuse Task Force.  The Task Force designed local legislation that will require in-home care providers to be locally licensed (including criminal background checks) prior to employment.  Detective Albrecht was awarded the Medal of Valor for her work with the task force and protecting the elderly community of San Diego.

Detective Albrecht was selected to be a keynote speaker for both Montana and Wyoming State Fraud Conference’s.  She presented to law enforcement, local prosecutors and senior advocates on Elder Abuse issues and investigations.

In 2005, Detective Albrecht was recognized by Bill Lockyer, California’s State Attorney General and presented the “Distinguished Service Award” for excellence in Elder Abuse Investigations. In 2006, Detective Albrecht was requested and sponsored by AARP to become a trainer for their National Legal Training Program.  Within this program she has taught social workers, emergency responders and law enforcement in California, Wyoming, Montana, Missouri and Alaska.

Detective Albrecht has taught police dispatchers, police volunteers, senior advocates and senior citizen groups on Elder Abuse issues and crimes perpetrated against elderly citizens and depended adults.  Her statements concerning Elder Abuse crimes have been featured in numerous newspaper and magazine articles and she has been a guest on local news and television shows in San Diego County.

She currently provides training and consulting to city and county agencies, law enforcement, and private sector organizations on elder abuse issues and sex crimes investigations.  She serves as an expert witness in both areas.

Phoebe Chongchua is a veteran journalist with more than 20 years of experience in TV, radio, print, and online news. She specializes in brand marketing management, media relations, brand storytelling, risk aversion, and brand communication. As a media consultant, Phoebe works with businesses and organizations to help improve their image and craft stories for the media and their target audience. She helps companies create positive images through compelling storytelling. Phoebe trains organizations to deliver the right messages to the media and their online/offline audience. When things go wrong for a brand, Phoebe helps businesses create cohesive messages and coaches them on delivery for the media and the public. Phoebe  helps reframe stories to mitigate the damage and strategizes new directions for the organization.

A veteran TV newscaster, Phoebe worked as a news reporter/anchor for the  ABC affiliate in San Diego. She began her broadcasting career in the late 1980s at KPBS Radio. In 1990, she worked as a News Reporter for KGTV/ 10News and quickly rose to a News Anchor for the top-rated Morning Show in San Diego. Later as the station’s Community Affairs Specialist, Phoebe created, marketed, and reported on community projects while branding the station and generating increased revenue. She worked closely with government agencies and law enforcement, helping them gain awareness for  community-oriented programs like a gun buy-back effort which helped get guns off the streets. Phoebe launched programs with local law enforcement agencies to help protect citizens from identity theft. With the county agencies, Phoebe co-created a very successful job fair, and a housing fair that helped buyers and sellers get important information about buying or selling a home.

Phoebe speaks and teaches organizations how to “be the media.” Using online marketing strategies and storytelling, she shows how you no longer have to rely on traditional   media to broadcast your story. Phoebe is a “Top 50 Podcaster to Follow” for her podcast “The Brand Journalism Advantage.” Listen to the show at thinklikeajournalist.com.